Strange times for sure, see you back in the water, whenever that may be. In the meantime, stay safe and see you on the other side ! 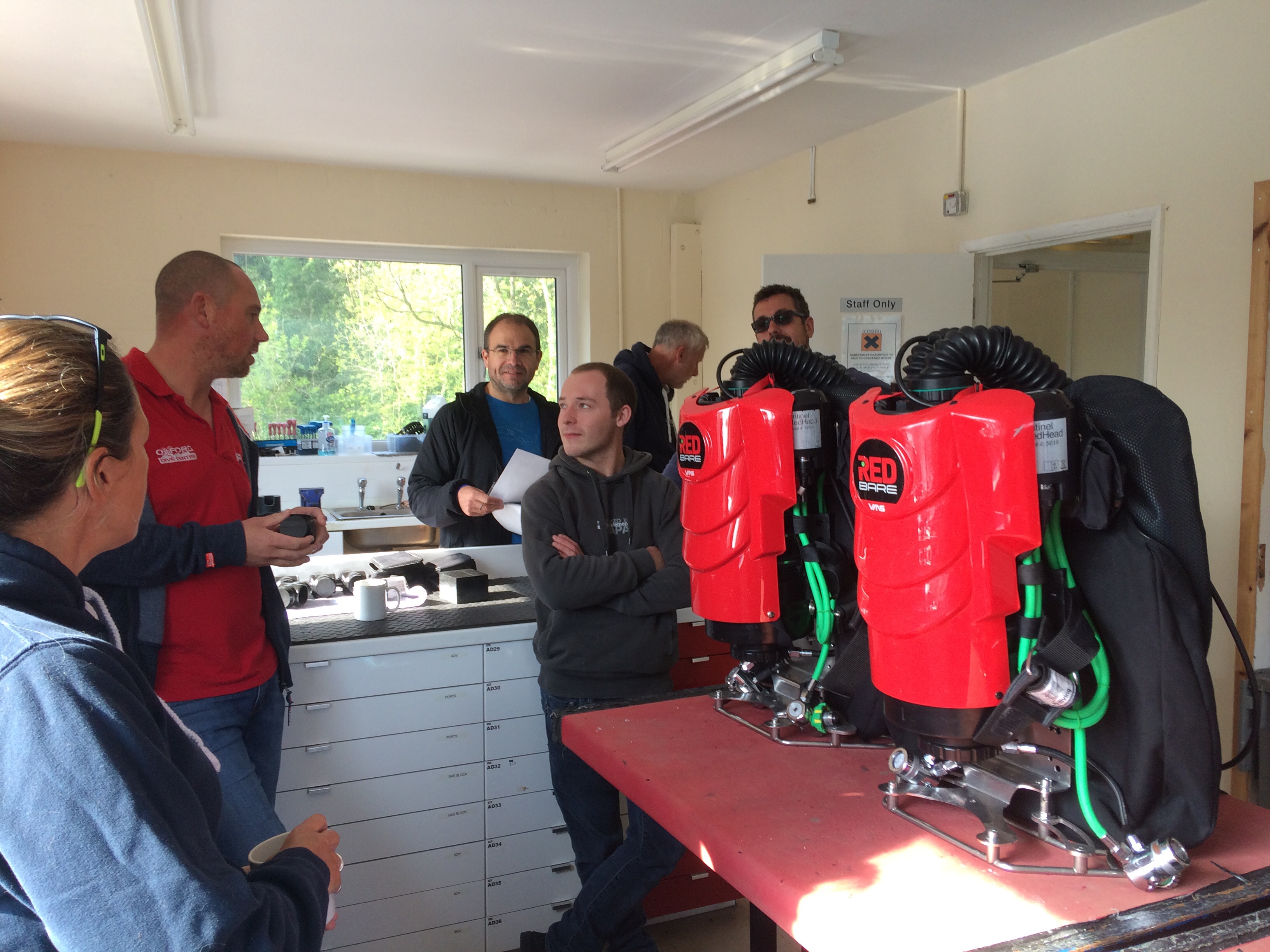 Last weekend I was up at Vobster giving Tim a hand with Red Bare try dives for 6 members of Oxford Dive Centre.

Having previously already had a short pool orientation, Sunday allowed everyone the opportunity of diving the unit in open water.

A short session up in the VMS workshop and then it was into the water for the 45 minute try dive. We also got them doing some basic skills which demonstrated how the rebreather can be dived, both manually and automatically. 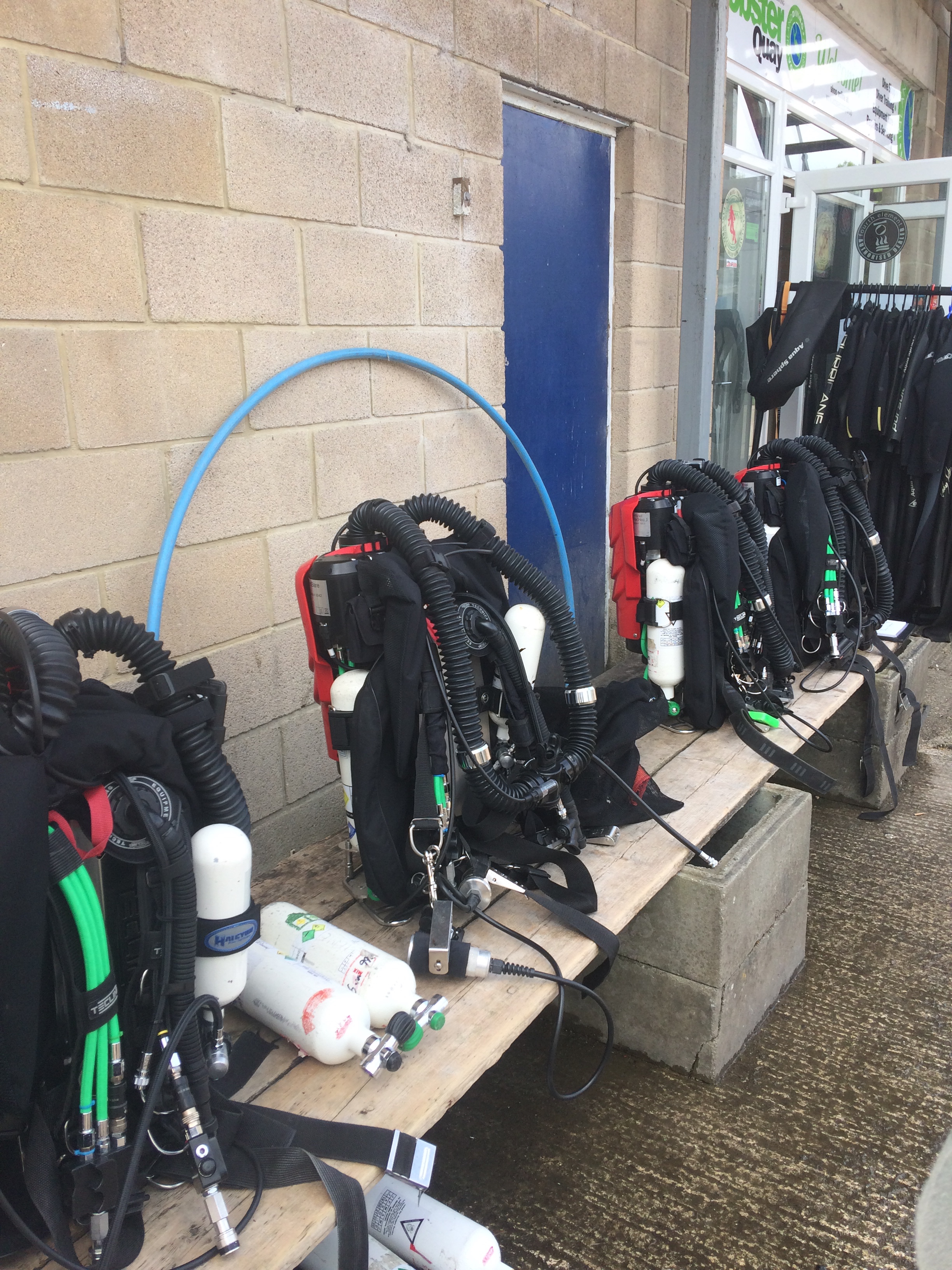 They all got on very well and seemed to enjoy the day.

The day ended back up in the VMS workshop where Tim downloaded all of the days dives so they could all see how their dives had gone. ‘Big Brother’ really was watching them as the software can show exactly the consequences of their actions in the water. This can be a valuable teaching tool helping students to understand and predict what might happen in the water next time.

Just the small matter of buying one now. The Red Bare is competitively priced with other similar units so if you like it like I do, it’s a realistic option.

It’s interesting listening to divers new to rebreathers. Many concerns really are born of misinformation and preconceived ideas. Try dives led by experienced instructors like Tim make a huge difference and allow divers to embrace the new style of diving.

It’s got to be worth a try dive to find out, you never know you might love it as much as Tim and I do !

Well, as ever my attempts at keeping my blog updated have spectacularly failed !

Not wanting to be a defeatist, I will try again this season.

News from Swanage, Divers Down has a new boat, despite looking suspiciously like the old Swanage Diver (soon to be operating out of Portland with Scimitar), the new boat will soon be called Moose. It’s the blue and white one parked up by Spike. (Still the best looking dive boat on the south coast, or am I just biased?)

This season has already had its fair share of Easterlies trashing the vis but there have certainly been a few clear days when it has been possible to spend the odd hour under the pier with a dolphin. Yes, that is what I said, there have been regular sightings of a solitary dolphin around the pier and in the bay following many of the local boats.

Typically, when I jumped under the pier last Monday the rising sea temperatures, currently about 11 degrees, had sparked off the plankton so I probably wouldn’t have seen an Orca under the pier let alone our friendly local dolphin! Still the season is young, the sun is out (at least as I write this) and we have months ahead of diving to do.

In the mean time I’ve a CCR course to get started.

See you in the water.

Up in north Wales diving in Dorothea Quarry. Not dived here for about 15 years so nice to go back.

Stunning scenery at the end of the day.

Kimmeridge bay just before Christmas. Another last minute phone call from Rich and we were back in the water on a photo shoot.

It was so rough, at least there was no worry about the water temperature!

Then home to start Christmas.

Good fun all round. 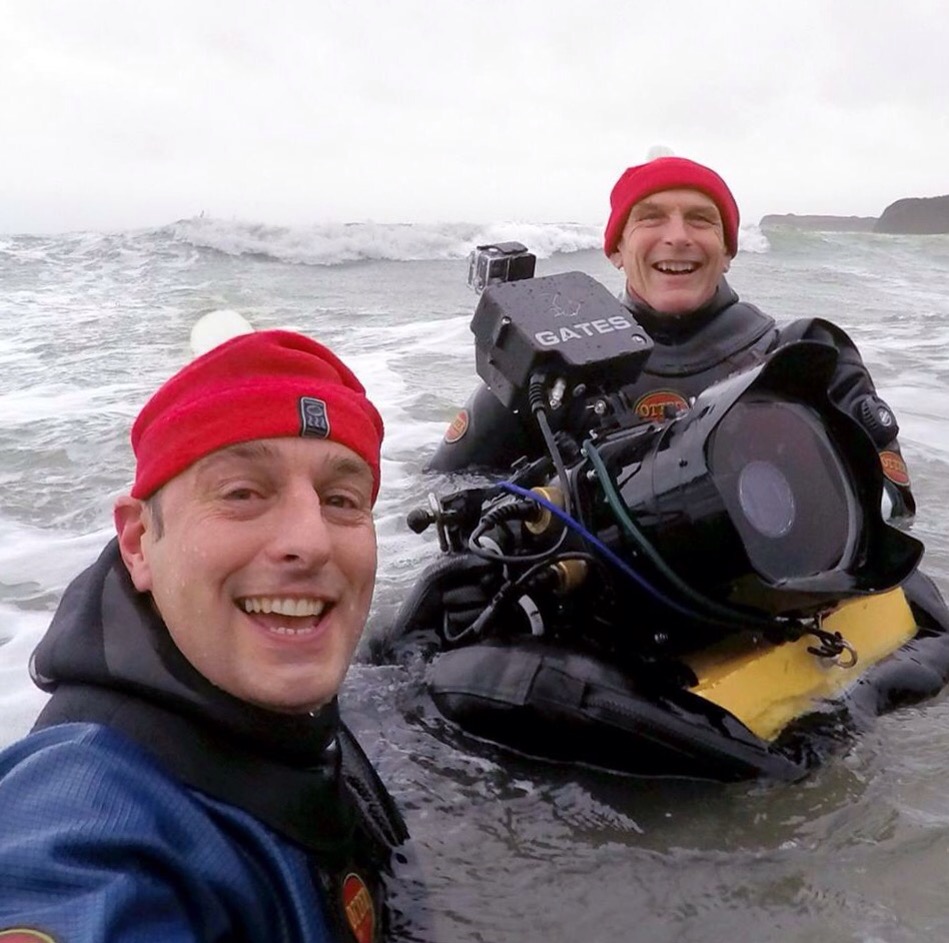 Just trying out some new kit but was glad of my red hat! 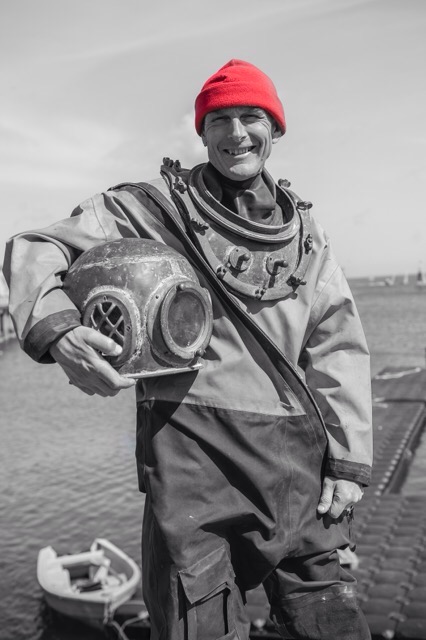 Many thanks to Terry Scott for his photos.
10m vis out on the Kyarra yesterday, let’s hope we have more of it this season!

The sea is still a bit chilly, 9C but we managed an hour yesterday, looking for barrel jellyfish, cuttlefish and numerous starfish.

Divers Down dive boat Spike
back in the water ready for the start of the season. Here we go again.
The vis is pretty good so far, 3-4 m off shore and there was even some vis under the pier by the end of the Easter weekend.
Reports of 8m over at Chesil beach as well, although when I dived it yesterday the plankton was already getting ready! 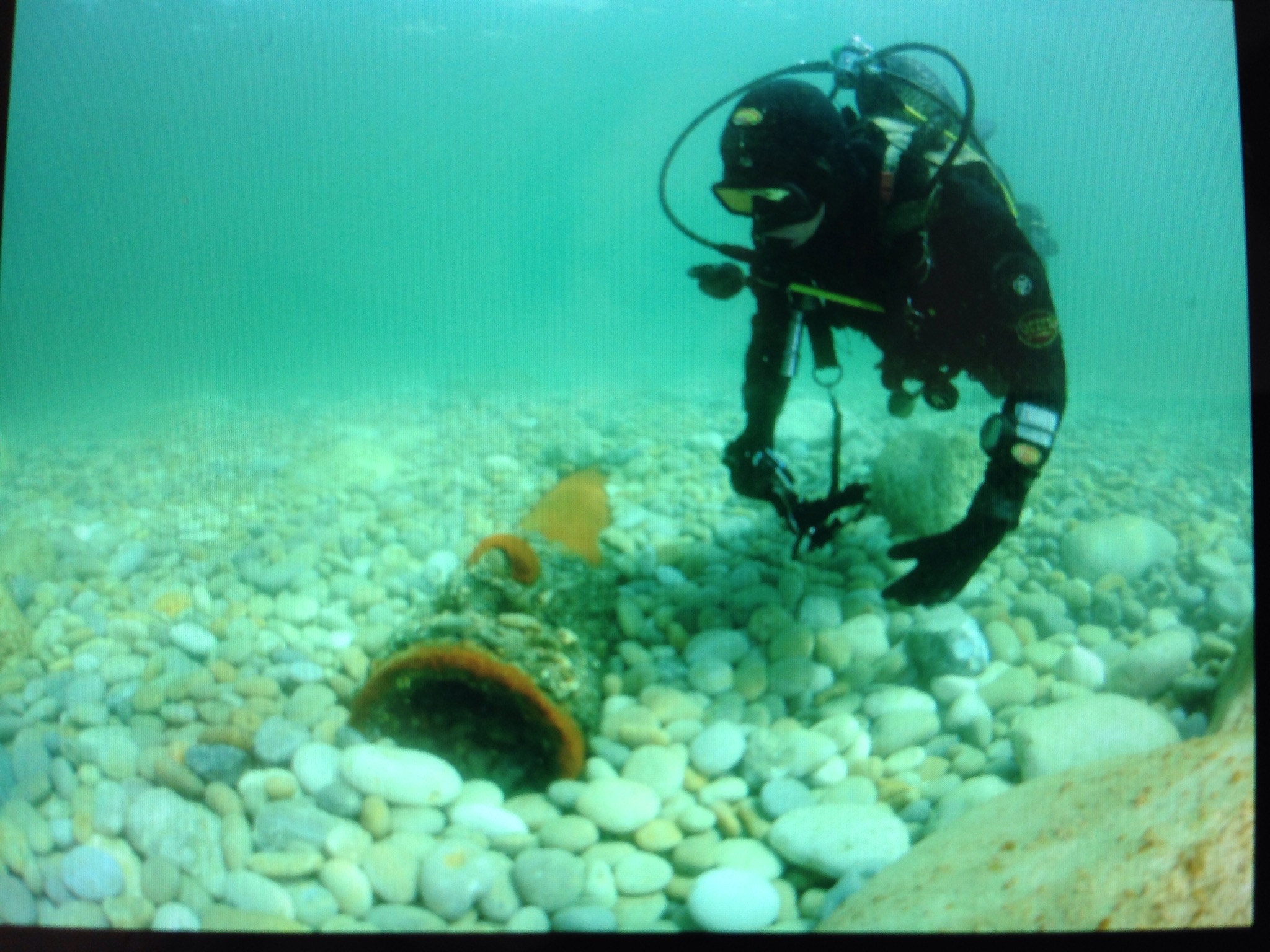 Well done Karen and Terry completing their IANTD CCR Diver course in Malta last week.
With 20m vis and the sea temperature a balmy 18C conditions were a little more favourable than Vobster and Chepstow.
I think training like this in the winter months is the way ahead.